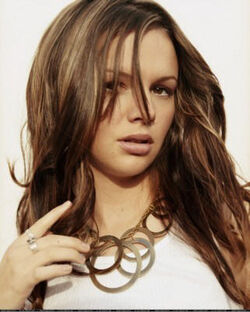 Office Politics, other
Amber Tamblyn joined the cast of House, M.D. in Season 7 as Remy Hadley's temporary replacement Martha M. Masters. Her character was an as yet unqualified-to-practice medical student who nevertheless has one of the greatest medical minds most of the characters have ever seen.

Tamblyn started acting in movies in 1995 in bit parts. However, in 2003, she was picked to play the title character in Joan of Arcadia, a short lived but critically acclaimed series. After that series, she moved on to starring roles in The Sisterhood of the Travelling Pants, The Russell Girl, and The Quinn-Tuplets.