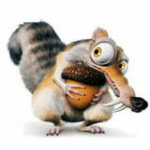 Hi, welcome to House Wiki! Thanks for your edit to the Medical Terms page.

Thank you for your work last month.  It was a close call as there were a few people who contributed a lot last month, but I see you put a lot of effort into your edits and made a lot of improvements.  As such, you get to choose the featured article for January 2013.  Here are the rules.

Leave your choice on my talk page.  Once again, thank you very much and congratulations

I like to make the choice as free as possible because we get better ideas that way.  Some of the really good suggestions recently that I would never have thought of featuring were Porphyria, Cancer, Chemotherapy and Paranoia.  When I started working on those article, I realized that I had missed several themes that ran through the series that came out in these articles.

At the beginning, the choice was automatically the most popular article.  However, Wikia stopped providing that information for a couple of years (they recently started again).  However, the first year's featured articles are kind of obvious.  Last time I chose, it was Jeffrey Sparkman and that again turned into a very good article.  Cancer was horrible before it was chosen, now it's great.

So feel free to be innovative!  However Season 8, which was featured last month, was also a good choice as it filled out the seasons in the featured article section. SteveHFisyh (talk) 02:48, December 6, 2012 (UTC)

Thank you for your work on the Wiki last month. I haven't updated that featured articles page because I don't understand how tables work, so I really appreciate it. As our most valuable editor, you get first shot at picking the featured article for next month. The rules are simple!

Other than that, it's entirely up to you! Leave your choice on my talk page and don't forget to sign it with four tildes (~) to sign and date stamp it. Good luck and I look forward to your choice. SteveHFisyh (talk)

Retrieved from "https://house.fandom.com/wiki/User_talk:Napoleon_9th?oldid=52976"
Community content is available under CC-BY-SA unless otherwise noted.