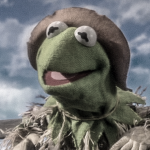 please feel free to leave me a message

Thanks for keeping in touch!

Things are going very smoothly. There is very little vandalism or other misbehavior right now. A couple of other users are doing a good job. One by the name of Homer-Simpson is adding a lot of character pages for the important minor characters, and often beats me to the punch adding new episode information. He was the one who first posted Broken as the name of the 6th season premiere. Another user, DizzyTech, is doing a great job cleaning up errors. We have had other help too on and off. One new user (IP address only) has been adding major events information to the episodes, which is a great idea for those wishing to catch up.

I'm trying to do major articles for each of the main patients, but it's a hard slog. I'm catching up on episodes I recorded in late June! Homer Simpson did a great job on the List of Characters page, which gets more and more comprehensive all the time. It's helped in avoiding duplicate articles for characters as we now accept it as the definitive source for character names.

Our only minor dispute is whether the article should be called Thirteen or "Remy Hadley". I've kept it as Thirteen for now, but you never know!--SteveHFisyh 03:30, September 25, 2009 (UTC)

Retrieved from "https://house.fandom.com/wiki/User_talk:Scarecroe?oldid=11106"
Community content is available under CC-BY-SA unless otherwise noted.